A chain is only as strong as its weakest link. This is also true in the world of security. In 2018, we tracked a key growing threat trend - that when just one device in a home or small business (usually the router) is compromised, then the rest of the devices on the network become easy to compromise. With connected devices - known as the Internet of Things - growing faster than any device category in history, it’s increasingly difficult to buy appliances and home goods that do not have some connection over to the internet.

From connected lights to coffee makers, and smart speakers to toothbrushes, IoT devices will continue to drive a class of attacks aimed at exploiting their weaknesses in configuration, security flaws, and consumers’ low engagement with their security settings. In 2019, we will see more attacks aimed at infiltrating an IoT device as this could easily lead to breaking into the perimeter where IoT devices with compromised modems reside.

Sophistication: malware authors will again up the level of sophistication of their wares. We will see multipurpose malware platforms, with better self-defense techniques, that could potentially do far more damage than Distributed Denial of Service (DDoS) or cryptomining attacks.

Cryptomining: this was the most prominent threat in 2017 thanks to a tremendous activity surge coinciding with the escalation in cryptocurrency value in late 2017 and early 2018. While attack levels have fallen with the decline in coin values, we believe that in the future malicious mining will become a game of scale not tightly tied to the value of the currency.

Trojans: with the decline of ransomware following the neutralization of leaked NSA zero-day exploits, criminals turned to fresh exploits to help them monetize their attacks. Therefore, we are tracking a resurgence in banking trojans targeting PCs and mobile devices.

Mobile: similar to the banking trojans, we also tracked an upsurge of fake apps in 2018. These were created faster than they could be identified and taken down. While we expect to see mobile attacks evolve, the relative ease of IoT attacks may continue to cause some criminals to change tactics.

Adversarial AI: the rise of adversarial Artificial Intelligence continues to haunt the corners of the threat landscape. Rather than direct, fast evolving, movie style AI assaults we foresee the emergence of a class of attacks known as ‘DeepAttacks’, which use AI generated content to subtly evade existing AI security controls.

The Internet of (Vulnerable) Things

As much of our research has shown, security is often an afterthought in the manufacturing of these devices. While the biggest brand names smart devices often come with embedded security options, some producers skimp on security either to keep costs low for consumers or because they are not experts in security. Considering a smart home is only as safe as its weakest link, this is a mistake. History tends to repeats itself, and so we can expect
to see IoT malware evolve, becoming more sophisticated and dangerous, similar to how PC and mobile malware evolved. 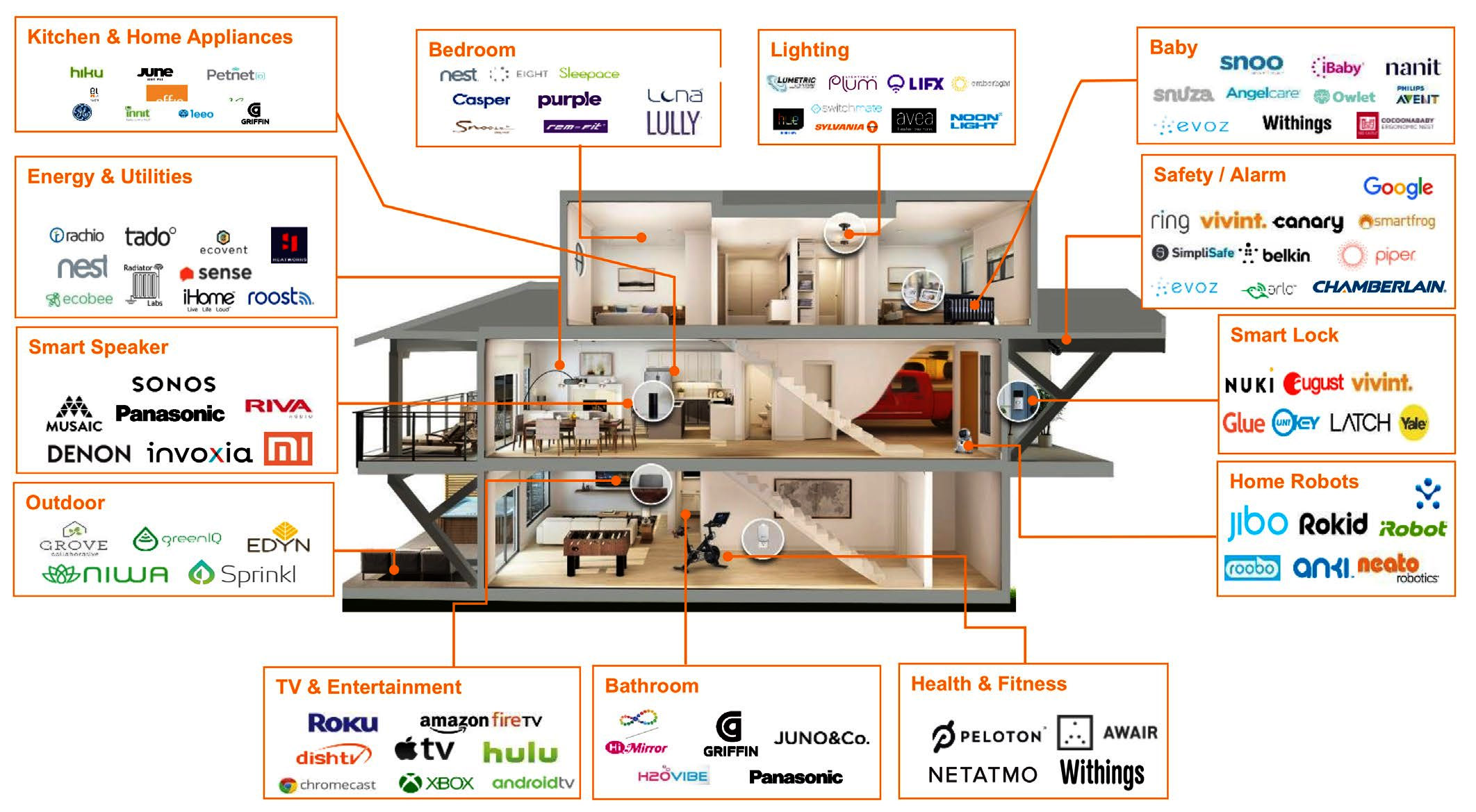